All over Greece the crisis has left investment ruins of various types: Blank skeletons of buildings up to nearly completed houses - the respective stage indicates the point in time of bankruptcy of the owner or the end of credit. At the same time numerous turnkey apartment blocks remain vacant because of unemployment, and even the demand from the once prosperous middle class has collapsed.

The photo was taken near to Athens' suburb Glyfada, situated at the coastline and therefore one of the most popular and expensive living areas. - In front of an empty luxury apartment house ironically a rusty sign warns of a guard dog which has not existed for a long time. 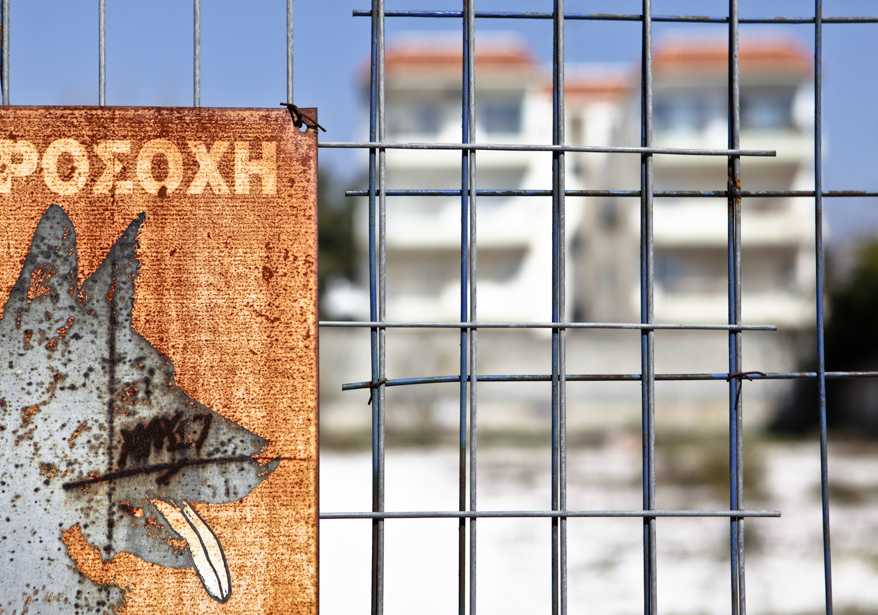